According to a new study, the mass extinction that occurred 215 million years ago was not caused by an asteroid hitting Earth or by climate change.

A team of University of Rhode Island scientists and statisticians conducted a sophisticated quantitative analysis of a mass extinction that occurred 215 million years ago and found that the cause of the extinction was not an asteroid or climate change, as had previously been believed. Instead, the scientists concluded that the extinction did not occur suddenly or simultaneously, suggesting that the disappearance of a wide variety of species was not linked to any single catastrophic event.

Their research, based on paleontological field work carried out in sediments 227 to 205 million years old in Petrified Forest National Park, Arizona, was published in April in the journal Geology. 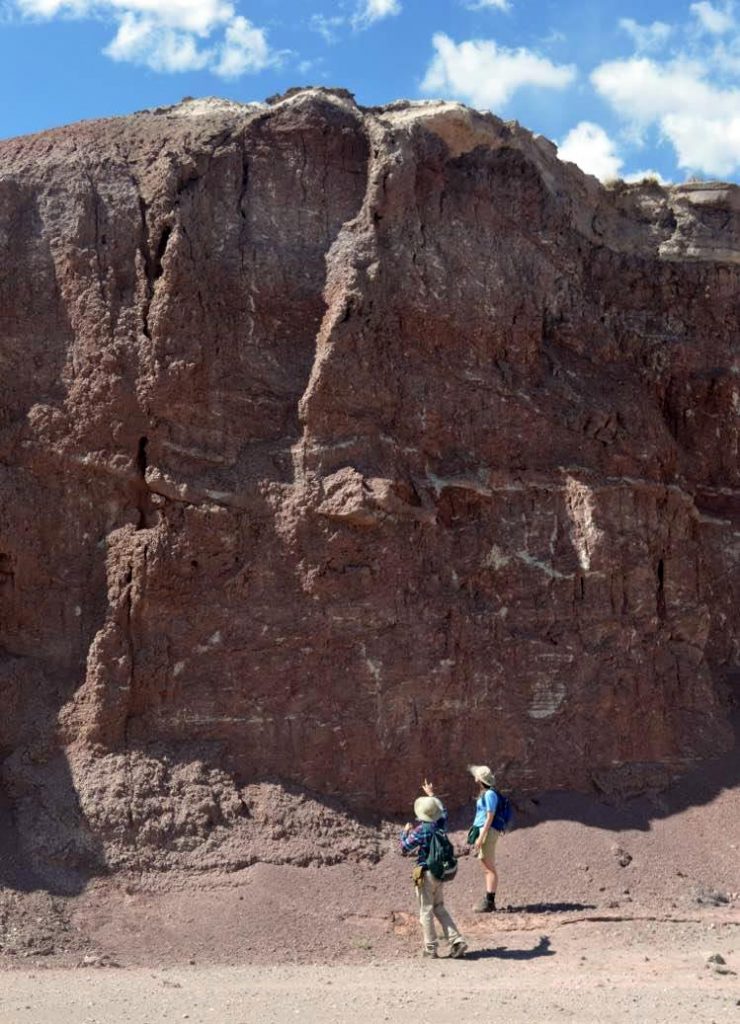 According to David Fastovsky, the URI professor of geosciences whose graduate student, Reilly Hayes, led the study, the global extinction of ancient Late Triassic vertebrates – the disappearance of which scientists call the Adamanian/Revueltian turnover – had never previously been reconstructed satisfactorily. Some researchers believed the extinction was triggered by the Manicouagan Impact, an asteroid impact that occurred in Quebec 215.5 million years ago, leaving a distinctive 750-square-mile lake. Others speculated that the extinction was linked to a hotter and drier climate that occurred at about the same time.

“Previous hypotheses seemed very nebulous, because nobody had ever approached this problem – or any ancient mass extinction problem – in the quantitative way that we did,” Fastovsky said. “In the end, we concluded that neither the asteroid impact nor the climate change had anything to do with the extinction, and that the extinction was certainly not as it had been described – abrupt and synchronous.  In fact, it was diachronous and drawn-out.”

The Adamanian/Revueltian turnover was the perfect candidate for applying the quantitative methods employed by the research team, Fastovsky said. Because the fossil-rich layers at Petrified Forest National Park preserve a diversity of vertebrates from the period, including crocodile-like phytosaurs, armored aetosaurs, early dinosaurs, large crocodile-like amphibians, and other land-dwelling vertebrates, Hayes relocated the sites where known fossils were discovered and precisely determined their age by their position in the rock sequence. He was assisted by URI geosciences majors Amanda Bednarick and Catherine Tiley.

Hayes and URI Statistics Professor Gavino Puggioni then applied several Bayesian statistical algorithms to create “a probabilistic estimate” of when the animals most likely went extinct. This method allowed for an unusually precise assessment of the likelihood that the Adamanian vertebrates in the ancient ecosystem went extinct dramatically and synchronously, as would be expected with an asteroid impact.

The URI professor believes it will be difficult to apply these quantitative methods to calculate other mass extinctions because equally rich fossil data and precise radiometric dates for them aren’t available at other sites and for other time periods.

“This was like a test case, a perfect system for applying these techniques because you had to have enough fossils and sufficiently numerous and precise dates for them,” he said. “Other extinctions could potentially be studied in a similar way, but logistically it’s a tall mountain to climb. It’s possible there could be other ways to get at it, but it’s very time consuming and difficult.”