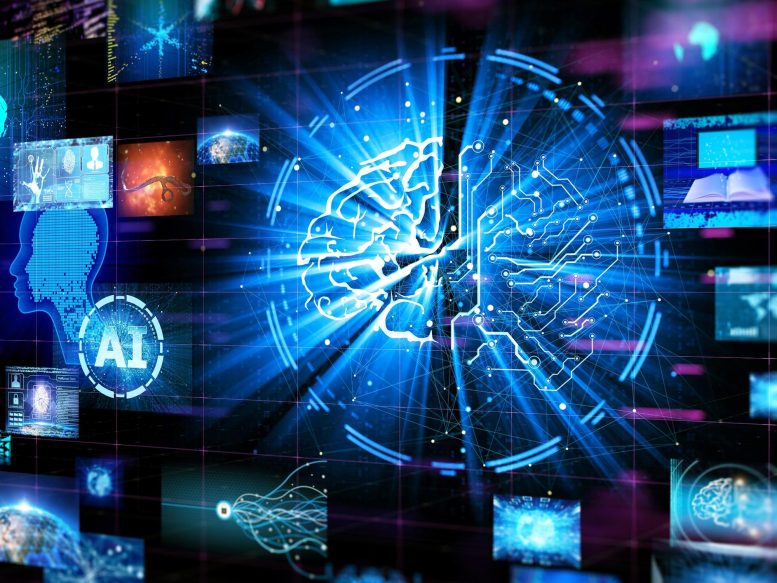 For the MIT Schwarzman College of Computing Dean Dan Huttenlocher, bringing disciplines together is the best way to address challenges and opportunities posed by rapid advancements in computing.

What does it mean to be human in an age where artificial intelligence agents make decisions that shape human actions? That’s a deep question with no easy answers, and it’s been on the mind of Dan Huttenlocher SM ’84, PhD ’88, dean of the MIT Schwarzman College of Computing, for the past few years.

“Advances in AI are going to happen, but the destination that we get to with those advances is up to us, and it is far from certain,” says Huttenlocher, who is also the Henry Ellis Warren Professor in the Department of Electrical Engineering and Computer Science.

Along with former Google CEO Eric Schmidt and elder statesman Henry Kissinger, Huttenlocher recently explored some of the quandaries posed by the rise of AI, in the book, “The Age of AI: And Our Human Future.” For Huttenlocher and his co-authors, “Our belief is that, to get there, we need much more informed dialogue and much more multilateral dialogue. Our hope is that the book will get people interested in doing that from a broad range of places,” he says.

Now, with nearly two and a half years as the college dean, Huttenlocher doesn’t just talk the talk when it comes to interdisciplinarity. He is leading the college as it incorporates computer science into all fields of study at MIT while teaching students to use formidable tools like artificial intelligence ethically and responsibly.

That mission is being accomplished, in part, through two campus-wide initiatives that Huttenlocher is especially excited about: the Common Ground for Computing Education and Social and Ethical Responsibilities of Computing (SERC). SERC is complemented by numerous research and scholarly activities, such as AI for Health Care Equity and the Research Initiative for Combatting Systemic Racism. The Common Ground supports the development of cross-disciplinary courses that integrate computing into other fields of study, while the SERC initiative provides tools that help researchers, educators, and students understand how to conceptualize issues about the impacts of computing early in the research process.

“When I was a grad student, you worked on computer vision assuming that it was going to be a research problem for the rest of your lifetime,” he says. “Now, research problems have practical applications almost overnight in computing-related disciplines. The social impacts and ethical implications around computing are things that need to be considered from the very beginning, not after the fact.” Dan Huttenlocher, inaugural dean of the MIT Schwarzman College of Computing, has been focused on bridging gaps between disciplines since he first became interested in the nascent field of artificial intelligence as a teenager. Credit: M. Scot Brauer

Budding interest in a nascent field

A deep thinker from an early age, Huttenlocher began pondering questions at the intersection of human intelligence and computing when he was a teenager.

With a mind for math, the Chicago native learned how to program before he entered high school, which was a rare thing in the 1970s. His parents, both academics who studied aspects of the human mind, influenced the path he would follow. His father was a neurologist at the University of Chicago Medical School who studied brain development, while his mother was a professor of cognitive psychology at the same institution.

Huttenlocher pursued a joint major in computer science and cognitive psychology as an undergraduate at the University of Michigan in an effort to bring those two disciplines together. When it came time to apply to graduate school, he found the perfect fit for his dual interests in the nascent field of AI, and enrolled at MIT.

While earning his master’s degree and PhD (in 1984 and 1988, respectively), he researched speech recognition, object recognition, and computer vision. He became fascinated by how machines can directly perceive the world around them. Huttenlocher was also drawn in by the entrepreneurial activity that was then ramping up around Cambridge. He spent summers interning at Silicon Valley startups and small tech companies in the Boston area, which piqued his interest in industry.

“I grew up in an academic household and had a healthy skepticism of following in my parents’ footsteps. So when I graduated, I wasn’t quite sure if I wanted an academic path or not. And to be honest, I’ve been a little bit ambivalent about it ever since. For better or worse, I’ve often ended up doing both at the same time,” he says.

Huttenlocher joined the computer science faculty at Cornell University in 1988 and also took a position at the Xerox Palo Alto Research Center (PARC), where he had interned as a graduate student. He taught computer science courses and worked on academic research projects when Cornell was in session, and spent his summers at Xerox PARC, as well as one day a week consulting remotely. (Long before Zoom, remote connectivity was “still pretty sketchy” in those days, he says.)

“I’ve long wanted to pair the deeper, bigger problems that we tend to try to make progress on in academia with a more direct and immediate impact on people, so spending time at Xerox PARC and at Cornell was a good way to do that,” he says.

Early in his research career, Huttenlocher took a more algorithmic approach to solving computer vision problems, rather than taking the generic optimization approaches that were more common at the time. Some of the techniques he and his collaborators developed, such as using a graph-based representation of an image, are still being used more than 20 years later.

Later, he and his colleagues conducted some of the first studies on how communities come together on social networks. In those pre-Facebook days, they studied LiveJournal, a social networking site that was popular in the early 2000s. Their work revealed that a person’s tendency to join an online community is not only influenced by the number of friends they have in that community, but also by how those friends are connected to one another.

In addition to research, Huttenlocher was passionate about bridging gaps between disciplines. He was named dean of the interdisciplinary Faculty of Computing and Information Science at Cornell in 2009. Three years later, he took his bridge-building skills to New York City when he became the founding dean of Cornell Tech, a new graduate school being established on Roosevelt Island.

That role was a tremendous challenge but also an extraordinary opportunity to create a campus that combined academia in computing-related disciplines with the growing tech community in New York, he says.

In a way, the role prepared him well to be founding dean of the MIT Schwarzman College of Computing, whose launch represented the most significant structural change to the Institute since the early 1950s.

“I think this place is very special. MIT has its own culture. It is a distinctive place in the positive sense of the word ‘distinctive.’ People are insanely curious here and very collaborative when it comes to solving problems. Just the opportunity to help build something new at MIT, something that will be important for the Institute but also for the country and the world, is amazing,” he says.

While Huttenlocher was overseeing the creation of Cornell Tech, he was also forging connections around New York City. Before the Roosevelt Island campus was built, the school rented space in Google’s Eighth Avenue building, which is how he met then-Google CEO Eric Schmidt. The two enjoyed talking about (and sometimes arguing about) the promises and perils of artificial intelligence. At the same time, Schmidt was discussing AI with Henry Kissinger, whom he had befriended at a conference. By happenstance, the three got together and started talking about AI, which led to an article in The Atlantic and, eventually, the book.

“What we realized when we started talking about these questions is that the broader historical and philosophical context for an AI age is not something that has been looked at very much. When people are looking at social and ethical issues around computing, it is usually focused on the current problem, which is vital, but we think this broader framing is also important,” he says.

And when it comes to questions about AI, Huttenlocher feels a sense of urgency.

Advancements are happening so rapidly that there is immense pressure for educational institutions to keep up. Academic courses need to have computing woven through them as part of their intellectual fabric, especially as AI continues to become a larger part of everyday life, he says. This underscores the important work the college is doing, and the challenge it faces moving forward.

For Huttenlocher, who has found himself working in the center of a veritable Venn diagram of disciplines since his days as an undergraduate, it is a challenge he has fully embraced.