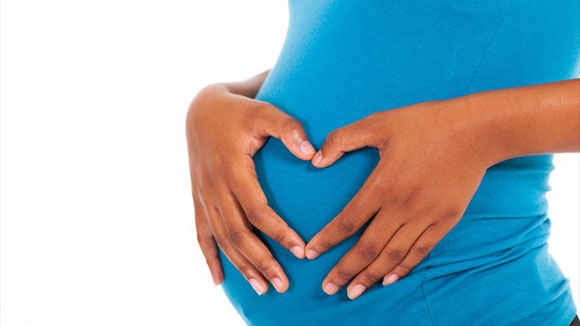 New research from Yale reveals that among young, urban women of color, depressive symptoms can start during pregnancy and can be a precursor to risky sexual behavior after a baby is born.

The researchers, led by Shayna Cunningham, Ph.D., research scientist in Chronic Disease Epidemiology, did a randomized controlled trial of 1,233 females between the ages of 14 and 21; 757 of whom completed second-trimester and 12-month postpartum surveys.

The study, published recently in the Journal of Pediatric & Adolescent Gynecology, found that a total of 43 percent of participants had a high level of prenatal depressive symptoms. Only 38 percent used condoms, and 35 percent had sex with a high-risk partner, such as intravenous drug users, partners who were HIV positive, had other sexual partners or who had a sexually transmitted disease. A total of 14 percent of study participants had a repeat pregnancy within a year of giving birth.

According to the researchers, the onset of depression hits its peak during childbearing years. It is the most common psychiatric disorder associated with pregnancy, with 10 percent to 20 percent of women experiencing depression during the prenatal or the early postpartum periods.

Why risky sexual behavior follows prenatal depression is still the subject of conjecture. Cunningham said it is known that depression can affect self-determination and negotiation skills. “Feelings of worthlessness, decreased self-esteem and reduced confidence might contribute to some of these risky behaviors,” she said.

The good news is that the linkage between prenatal depression and postpartum risky sexual behavior can be managed and treated. If depressive symptoms are a precursor to risky sexual behavior, pregnancy could be an optimal time to intervene, Cunningham said. Most women get some form of prenatal care, so screening and treating patients for depression could avert future risky sexual behavior. She said it is particularly important to develop a better understanding of the association between depressive symptoms and sexual risky behaviors among minority youth because they are the population at highest risk for sexually transmitted diseases.

Cunningham said experts should discuss the symptoms of this condition with health care providers to make sure help is available. The tools and procedures are already in place to help women with postpartum depression, she said, so “it should be relatively easy to administer these tools earlier so that women can be linked to the appropriate services.”