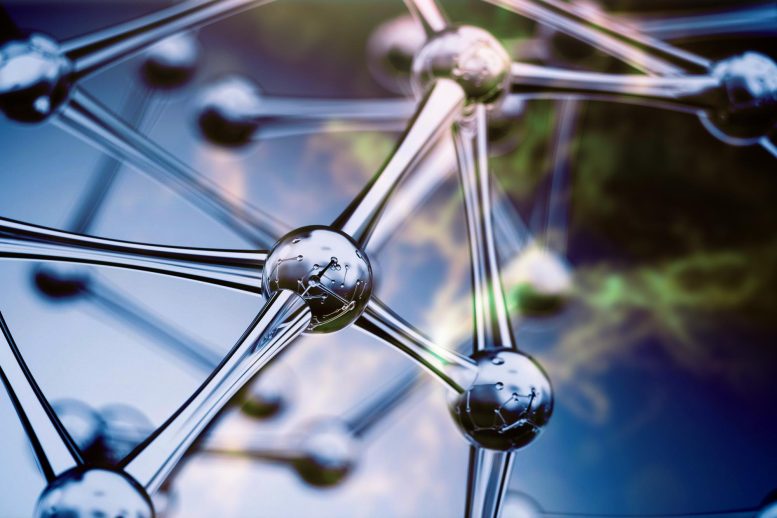 A new technique offers a way to leapfrog the laborious process of building molecular structures, allowing scientists to quickly and easily produce new molecules of interest.

Every time a new cancer drug is announced, it represents hundreds of scientists spending years behind the scenes working to design and test a new molecule. The drug has to be not only effective, but also as safe as possible and easy to manufacture—and these researchers have to choose among thousands of possible options for its chemical structure.

But building each possible molecular structure for testing is a laborious process, even if researchers simply want to change a single carbon atom.

A new technique published by University of Chicago chemists and the pharmaceutical company Merck & Co. in the journal Science offers a way to leapfrog that process, allowing scientists to quickly and easily produce new molecules of interest.

“This allows you to make a tweak to a complex molecule without having to start the design process entirely over,” said Mark Levin, assistant professor of chemistry at UChicago and co-author on the new study. “Our hope is to accelerate discovery by reducing the time and energy that goes into that process.”

As researchers are considering a molecule, there are many tweaks they might want to test. Attaching a pair of hydrogen atoms instead of nitrogen atoms, for example, might make it easier for the body to take up the drug. Perhaps removing one carbon atom would reduce a particular side effect. But actually making that new molecule can be surprisingly difficult.

“Even though it looks on the surface like a tiny switch, there are certain things that are not fixable without going all the way back to the beginning and starting from scratch,” said Levin. “It’d be as if you were talking to a contractor about redoing one bathroom in your house, and he says, ‘Sorry, we’d have to bulldoze the entire house and start over.’” Asst. Prof. Mark Levin (left) and Ph.D. student Jisoo Woo at work in the laboratory at the University of Chicago. Credit: Jason Thome

Levin’s lab has made it a goal to sidestep that laborious process and allow scientists to make one or two changes to an almost-finished molecule.

In this instance, they wanted to be able to snip a single bond out of a popular and useful class of molecules called quinoline oxides and turn them into another type of molecule called indoles. “Essentially, we want to pull out a single carbon atom and leaving everything else still connected as if it was never there,” said Levin.

They came across an old technique from the 1950s and 60s that uses light to catalyze certain reactions. It isn’t used widely today because the method was powerful but indiscriminate; the mercury lamps used in the 1960s shone out the full spectrum of light, which set off too many reactions in the molecule—not just the ones the scientists wanted.

But Jisoo Woo, a UChicago Ph.D. student and first author of the new paper, thought the results might be different with newer LED lamps that have become available in the last decade. These lamps can be programmed to emit only certain wavelengths of light.

It worked. By shining only a particular wavelength, the scientists could catalyze only one particular reaction, which cut the carbon bonds quickly and easily.

Levin, Woo and their colleagues wanted to find out how widely useful this technique might be. They worked with Alec Christian, a scientist at the pharmaceutical company Merck, to test it on several different sets of molecules.

The technique showed promise across several families of molecules.

“For example, we showed we could take the cholesterol drug pitavastatin and turn it into another cholesterol drug calledfluvastatin. These are two completely different molecules only related by one carbon atom deletion,” said Woo. “Before this method, you would have to make it from two entirely different processes and starting materials. But we were able to just take one drug and turn it into another drug in one transformation.”

“It’d be as if you were talking to a contractor about redoing one bathroom in your house, and he says, ‘Sorry, we’d have to bulldoze the entire house and start over.’”

The scientists hope this process can ease and speed the process of designing new molecules, especially ones that involve this particular transformation, which chemists call a “scaffold hop.”

“There are all kinds of scaffold hops where it could result in a very useful molecule, but the time involved is just prohibitive and so chemists never look at it,” said Levin. “There might be phenomenal drug compounds are hiding out there because teams just couldn’t get the time to start over.”

Christian agreed: “There are projects I’ve seen come to a crossroads because someone wants to try a change like this, but it would take a month to even work out the initial chemistry. Whereas with this process, you could have your answer in a day. I think a lot of people will want to use this method.”

To conduct part of this research, the scientists used the ChemMatCARS beamline at the Advanced Photon Source, an enormous X-ray synchrotron facility at the U.S. Department of Energy’s Argonne National Laboratory.

Building Molecules Like Tinkertoys? Breakthrough May Transform the Field of Chemical Discovery