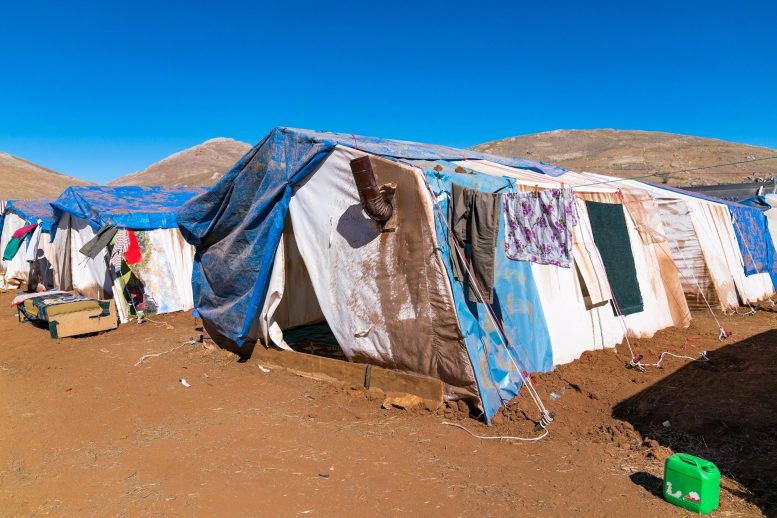 A new study shows that if the population were fixed at current levels, the risk of population displacement due to river floods would rise by ~50% for each degree of global warming. However, if population increases are taken into account, the relative global flood displacement risk is significantly higher.

The research, by an international team from Switzerland, Germany, and the Netherlands, used a global climate-, hydrology- and inundation-modelling chain, including multiple alternative climate and hydrological models, to quantify the effect of global warming on displacement risk for both current and projected future population distributions. Their results are published today in the IOP Publishing journal, Environmental Research Letters.

Since 2008, disasters caused by natural hazards have caused 288 million people to be displaced, three times the number displaced as a result of wars, conflicts and violence. Floods account for about half of all disaster displacements; floods alone have caused 63% more displacement than conflict and violence. As the authors of this research point out: “Displacement poses many hardships, which often fall most heavily on socio-economically vulnerable groups, who tend to live in more hazard-prone areas… displaced people face heightened risks to their physical and mental health, livelihoods, land tenancy, personal security, and many other aspects of their well-being.” In addition to risk at the personal level, the authors explain: “From a long-term perspective, displaced people are among those most at risk of being “left behind” by economic development. According to the UN’s secretary-general, displacement and climate change represent the key challenges we face as a global community.”

The results show that for most regions, both increased flooding and population growth contribute to an increased risk of displacement by river floods. If climate change is aligned to the Paris Agreement and scenarios of population change are used, “the globally averaged risk of people being displaced by river floods is projected to double (+110%) by the end of this century,” but under ‘business as usual’ climate-change conditions, “this displacement risk is projected to increase by 350%.” However, the risk of flood displacement can still be addressed and managed, e.g., by urban planning and protective infrastructure.

While the resolution of the global models is limited, the effect of global warming is robust across greenhouse gas concentration scenarios, climate models and hydrological models. These findings highlight the need for rapid action on both climate mitigation and adaptation agendas in order to reduce future risks to vulnerable populations.