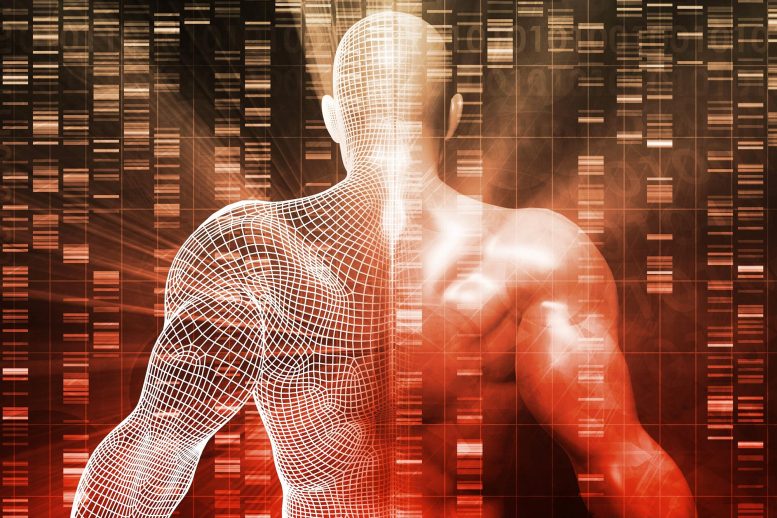 A genome is an organism’s full set of DNA, comprising all of its genes as well as its hierarchical, three-dimensional structure. Genomics is an interdisciplinary field of biology that focuses on the structure, function, evolution, mapping, and editing of genomes.

Genomics is an interdisciplinary field of science that focuses on the structure, function, evolution, mapping, and editing of genomes. A genome is an organism’s complete set of DNA, including all of its genes. An organism’s genes direct the production of proteins with the assistance of enzymes and messenger molecules. Genomics contrasts with genetics, which refers to the study of individual genes and their roles in inheritance. Instead, genomics aims at the collective characterization and quantification of genes, their interrelations and influence on the organism. A visualization of a network depicting correlations between genes in a population. These correlations can be used to identify genetic markers linked to complex observable traits. Credit: Oak Ridge National Laboratory

One of the most important developments in the field of biology over the past century was the Human Genome Project (HGP). The HGP was a 10-year effort led by the U.S. government that culminated in the first complete sequencing of a human genome in 2000. The HGP launched the field of genomics, transformed medicine, and largely gave birth to the modern biotechnology industry.

In 2022, the first truly complete sequence of a human genome was announced. It covers each chromosome from end to end with no gaps and unprecedented accuracy, and covered crucial regions accounting for some 8% of the human genome that remained hidden from scientists for over 20 years due to the limitations of DNA sequencing technologies.

The original idea and impetus for the HGP came from DOE’s Office of Science (then called the Office of Energy Research). Many researchers viewed the sequencing of an entire human genome as nearly impossible. But based on DOE’s long experience with “Big Science” endeavors dating back to the Manhattan Project, HGP pioneers had confidence in the federal government’s ability to deploy sufficient resources to accomplish this task. DOE’s initial reason for leading the HGP was its interest in better understanding the genetic effects of radiation exposure. But DOE and the scientific community knew that success in the project would have much broader consequences for both science and society. Today, DOE support for work at the Joint Genome Institute user facility and other institutions advances genomics for clean energy generation and environmental characterization and cleanup.

Be the first to comment on "Science Made Simple: What is Genomics?"