By University of Alabama at Birmingham June 24, 2022 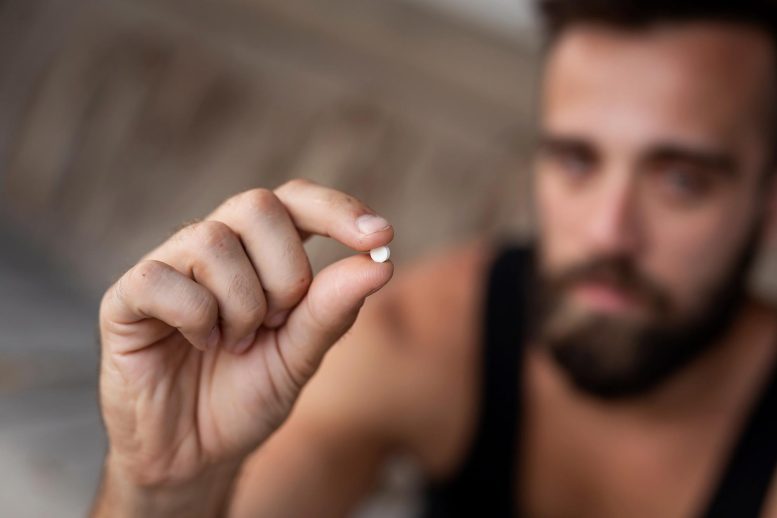 The researchers showed that the systemic administration of the new drug alters neurobehavior in mice, reducing anxiety-like behavior. It also provides a promising landscape for future studies to assess whether the drug could help combat stress, anxiety, depression, addiction, cancer, and neurodegeneration.

The preclinical drug works by inhibiting the kinase Cdk5 which is found in mature neurons. Cdk5 has long been linked to neuropsychiatric and neurodegenerative disorders, but prior inhibitors have largely failed to cross the blood-brain barrier and enter the brain.

A new preclinical drug reported by James Bibb, Ph.D., and colleagues has the potential to combat depression, brain injury, and cognitive disorders.  The drug, which is notable for being brain-permeable, works by inhibiting the kinase enzyme Cdk5.

Cdk5 is an important signaling regulator in brain neurons. Over three decades of research, it has been linked to neuropsychiatric and degenerative disorders such as Alzheimer’s and Parkinson’s. Knocking out the enzyme in mice makes them more resilient to stress, improves cognition, protects neurons from stroke and brain trauma, and slows neurodegeneration.

While Cdk5 inhibitors may offer potential therapeutic benefits and new ways to study basic brain function, previous first- and second-generation anti-Cdk5 compounds largely get blocked at the blood-brain barrier, which restricts solute movement from the blood to the extracellular fluid of the central nervous system. So far, no Cdk5 inhibitor has been authorized for the treatment of any neuropsychiatric or degenerative condition. James Bibb, co-author of the study. Bibb holds the Dr. Champ Lyons Endowed Chair in General Surgery at the University of Alabama, Birmingham, and is a senior scientist at the O’Neal Comprehensive Cancer Center.

“As perhaps the first robust systemic inhibitor, 25-106 represents an exciting and expandable and translatable pharmacological tool to study the function of Cdk5 activity in wild-type animals,” said Bibb, a professor in the University of Alabama at Birmingham (UAB) Department of Surgery. “Achieving systemic applicability may be considered a step forward toward the testing of Cdk5 inhibitors to treat neuropsychiatric and neurodegenerative diseases. This provides a promising landscape for future studies to assess the effects of brain-permeable Cdk5 inhibitors to combat stress, anxiety, depression, addiction, cancer, and neurodegeneration.”

The study, “Systemic administration of a brain permeable Cdk5 inhibitor alters neurobehavior,” is published in Frontiers in Pharmacology.

In the paper, researchers describe the synthesis of the aminopyrazole-based inhibitor, and they used molecular modeling to show that 25-106 appears to occupy the same hydrophobic binding pocket as the well-established Cdk5 inhibitor roscovitine.

They showed that 25-106 inhibited Cdk5 activity in a dose-dependent manner in brain striatal slices ex vivo and that it also penetrated the brain after systemic administration in mice to inhibit Cdk5 in vivo. They measured the pharmacokinetic and pharmacodynamic parameters of 25-106 in blood plasma and the brains of mice, and the off-target distribution of 25-106 in the liver and kidneys.

Mice given systemic 25-106 showed modulated neurobehavior in the open field maze test and the tail suspension test, anxiolytic changes that have previously been linked to Cdk5 knockout mice.

They found that 25-106 is a non-selective inhibitor of both Cdk5 and another cyclin-dependent kinase, Cdk2, but note that very low levels of Cdk2 are found in the brain. However, any off-target or toxic effects of systemic inhibition of Cdk2 by 25-106 remain unknown.