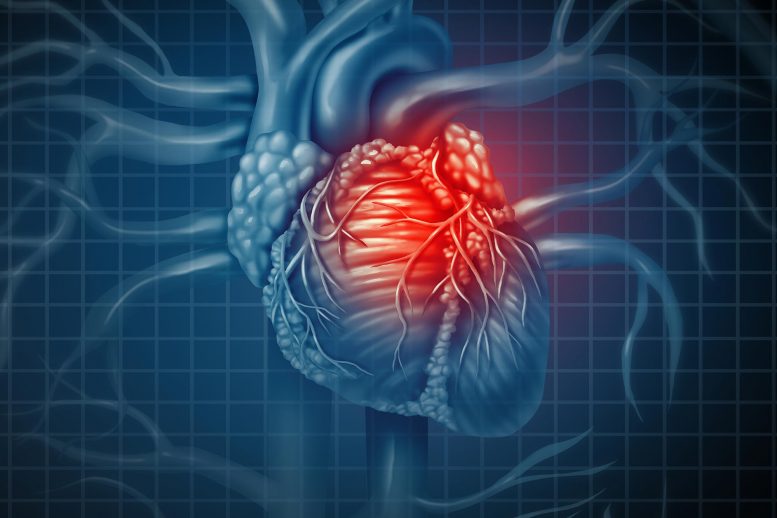 A research team has been able to describe the underlying process of how a certain protein in blood vessel cells contributes to the development of vascular and cardiovascular diseases.

Vascular and cardiovascular illnesses are greatly influenced by a particular protein found in blood vessel cells. Researchers discovered that the presence of too many “thromboxane A2 receptors” also prevents the growth of new blood vessels. The fundamental process was finally explained by a research team headed by Martin Luther University Halle-Wittenberg (MLU). The research, which was published on March 3 in the journal Arteriosclerosis, Thrombosis, and Vascular Biology, may lead to the creation of new cardiovascular disease treatments.

The formation of blood vessels is a complex process. “Various inhibition and stimulation processes must work together like cogs in a wheel. Certain blood vessel cells, so-called endothelial cells, play a key role in this process, regulating the exchange between blood and tissue,” explains lead author Professor Ralf Benndorf, a pharmacologist at MLU’s Institute of Pharmacy.

The researchers investigated a protein that is important for hemostasis: the thromboxane A2 receptor which makes platelets stick together and is involved in the constriction of blood vessels.

“We already knew that patients with cardiovascular diseases and pathological changes in their blood vessels had an increased number of these receptor proteins in their blood vessels,” adds Benndorf. However, it had been unclear whether this finding had any clinical relevance, in other words, whether there was a connection between this increased number and the development of the disease.

The researchers were able to close this gap by deciphering a complicated interaction that was set off by this receptor protein. The experiments show that the issue occurs when the protein is present in blood vessels in an excessive amount.

“The receptor ensures that the production of the pro-inflammatory enzyme cyclooxygenase-2 is triggered. This enzyme in turn produces messenger substances that activate the receptor,” Benndorf explains. This constant and self-reinforcing activation cycle of the receptor in the blood vessel cells means that the cells have a difficult time forming new blood vessels. It also significantly restricts the function of the endothelial cells.

“Under the microscope, you can see how the cells are really tense if there is a higher density of the receptors,” says Benndorf.

It is still uncertain why the protein occurs more frequently in the blood vessel cells of people with cardiovascular diseases.

“However, it is a promising biomarker and could be an interesting target for pharmacological interventions,” says Benndorf. The harmful effects in the cells could be reversed with the help of substances that block the action of either the receptor or enzyme.

“Inhibiting the receptor could therefore represent a new treatment option for patients who have elevated levels of the thromboxane A2 receptor in their blood vessels. This could improve vascular function and regeneration,” says Benndorf.

The first drugs targeting the protein are already undergoing clinical trials for use in other applications.

“Even though the substances have not yet been approved, the results of the clinical trials indicate that they are tolerated well and can improve vascular function,” says Benndorf. The current investigations took place in cell cultures and in studies on lab animals. Further study of the potential therapeutic benefit in preclinical disease models is needed before they can be tested or used in humans.

The work was funded by the Deutsche Forschungsgemeinschaft (DFG, German Research Foundation) and by the European Regional Development Fund (ERDF).