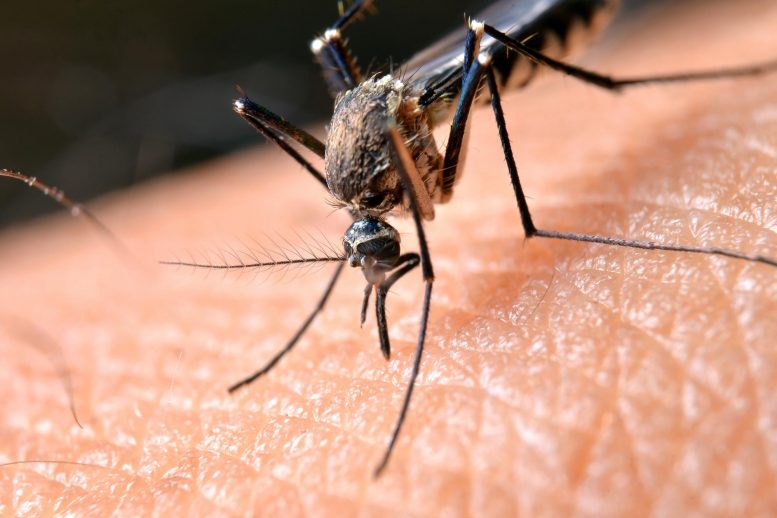 Safer and more effective anti-mosquito products may be possible with insights gained from x-ray imaging of natural mosquito-targeting toxin produced by bacteria.

Study of a mosquito-targeting toxin produced by bacteria could lead to safer and more effective anti-mosquito products.

Many of the chemicals used to deter or eliminate disease-carrying mosquitoes can pollute ecosystems and drive the evolution of even more problematic, insecticide-resistant species — but thankfully, we may have better options soon.

Scientists previously discovered that a strain of naturally occurring bacteria called Bacillus thuringiensis israelensis (Bti) produces several compounds that kill mosquito larvae, yet are harmless to most other organisms. These compounds exist in crystal form inside the bacteria, and when the microbes are eaten by a larva, the high pH and digestive enzymes in their gut cause the crystals to dissolve and rearrange into molecules that perforate the larva’s gut cell membranes, quickly killing the insect.

Now, new research led by Grenoble Alpes University and published in Nature Communications on March 2, 2020, has revealed the atomic structure of the most potent Bti crystal and helped explain the mechanism by which the transformed toxin slices through mosquito cell membranes.

“These results help to explain differences in toxicity even by changing a single atom. This opens the door to the rational design of toxins that are safe and effective, for controlling specific mosquito species or disease targets,” said Nicholas Sauter, a senior scientist in Berkeley Lab’s Molecular Biophysics and Integrated Bioimaging (MBIB) Division and one of the paper’s authors.

Sauter and two other MBIB co-authors used their computing expertise to process the structural data collected by the method of X-ray crystallography, which was performed at SLAC National Accelerator Laboratory’s Linear Coherent Light Source (LCLS). “X-ray laser light sources like the LCLS are the only technology capable of generating beams focused enough to probe the tiny Bti crystals,” added Sauter. “Gathering and then interpreting this complex data involved researchers from 10 institutions — it is a great example of a ‘big science’ collaboration.”