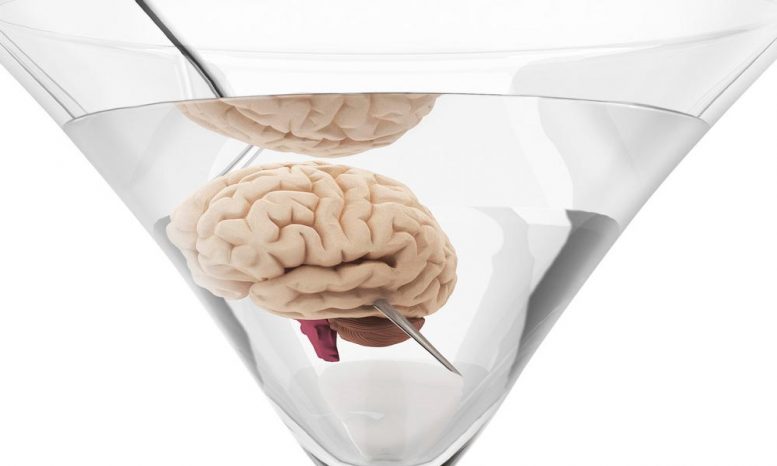 Writing in The BMJ in December 2020, researchers in Australia and the UK say evidence suggests three periods of dynamic brain changes that may be particularly sensitive to the harmful effects of alcohol: gestation (from conception to birth), later adolescence (15-19 years), and older adulthood (over 65 years).

They warn that these key periods “could increase sensitivity to the effects of environmental exposures such as alcohol” and say harm prevention policies “must take the long view.”

Globally, around 10% of pregnant women consume alcohol, with the rates considerably higher in European countries than the global average, they write.

In terms of adolescence, more than 20% of 15-19 year olds in European and other high income countries report at least occasional binge drinking (defined as 60 g of ethanol on a single occasion), they add.

Studies indicate that the transition to binge drinking in adolescence is associated with reduced brain volume, poorer white matter development (critical for efficient brain functioning), and small to moderate deficits in a range of cognitive functions.

And in older people, alcohol use disorders were recently shown to be one of the strongest modifiable risk factors for all types of dementia (particularly early onset) compared with other established risk factors such as high blood pressure and smoking.

Although alcohol use disorders are relatively rare in older adults, the authors point out that even moderate drinking has been shown to be linked to a small but significant loss of brain volume in midlife, although further studies are needed to test whether these structural changes translate into functional impairment.

Furthermore, demographic trends may compound the effect of alcohol use on brain health, they write. For example, women are now just as likely as men to drink alcohol and experience alcohol related harms, and global consumption is forecast to rise further in the next decade.

The effects of the covid-19 pandemic on alcohol use and related harms are unclear, but alcohol use increased in the long term after other major public health crises, they add.

As such, they call for an integrated approach to harm reduction at all ages.

“Population based interventions such as guidelines on low risk drinking, alcohol pricing policies, and lower drink driving limits need to be accompanied by the development of training and care pathways that consider the human brain at risk throughout life,” they conclude.

Be the first to comment on "Experts Warn: Drinking Alcohol Linked to Decline in Brain Health From Cradle to Grave"