By Norwegian University of Science and Technology December 20, 2022 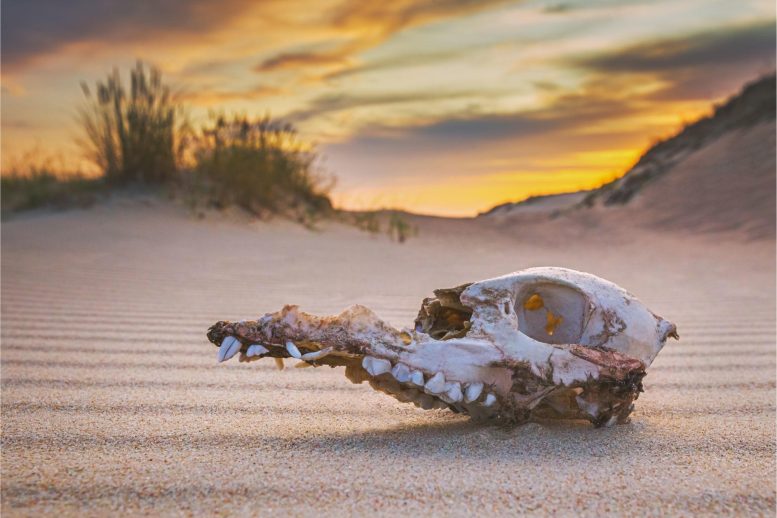 Thousands of species are currently listed as “data deficient.”

We know very little about a large number of species. Unfortunately, it is not always a good sign.

Often, we just do not understand a species well enough to tell how it is doing. There are thousands of plants and animals on the International Union for Conservation of Nature’s (IUCN) recognized red list that are classified as “data deficient.”

Simply put, the researchers don’t know enough about these species to be able to say whether or not they are in danger of becoming extinct. However, with a little more knowledge now at hand, the news is once again not good.

“We looked at species that are relatively poorly known, but where at least the geographical distribution is known. These species tend to be threatened with extinction more often than ones that we know more about,” says Francesca Verones, a professor at the Norwegian University of Science and Technology’s (NTNU) Industrial Ecology Programme.

In fact, more than half of these lesser-known species may be in danger of disappearing.

Additionally, there are other species that are even less well recognized. We don’t even know whether these species are in danger. Oedipina capitalina was discovered a few years ago. This specimen was found in Honduras. It is listed as “insufficient data” but may in fact be in great danger of extinction. Credit: Josue Ramos Galdamez, Creative Commons

IPBES, an international panel of leading biodiversity researchers, estimates that at least one million of the species on our planet are in danger of becoming extinct. But it’s possible that you also heard other numbers. The IUCN has evaluated about 147 000 species. 41,000 of them, or 2 percent, are threatened

Partly this gap exists because we haven’t discovered many of the species yet. Scientists assume that our planet has 10 million species, but we know less than 20 percent of them. Some species probably disappear without us ever knowing they existed.

If we’re to take care of life on the planet, we first need to know what exists, so it is important to find out as much as possible about the organisms we share the planet with.

However, we often know very little, including about the species that we’re already aware of. Threats and trends are constantly changing, and we just don’t have enough researchers and helpers to survey everything. But technology can help.

“We used machine learning to calculate the risk of extinction for 7699 of the little-known species,” says Jan Borgelt, a postdoctoral fellow at NTNU’s Department of Energy and Process Engineering.

Various statistical tools can fill in some of these knowledge gaps with probabilities that computers arrive at.

These computer model-created probabilities were compared with individual examples that the researchers had gone through manually. The computer models proved to be extremely accurate.

Borgelt stresses that the intention of the models isn’t to replace the researchers’ work. But “they can provide a first estimate of the risk of species becoming extinct in cases where we don’t yet have enough data,” he says.

The researchers can save themselves work by using these computer models, which come in handy when the resources don’t match the workload. But cheerful reading it’s not.

“We found that as many as 85 percent of the amphibians that we have limited knowledge of are in danger of becoming extinct. For other groups, like mammals and reptiles, this applies to around half of the species,” says Borgelt.

So species unknown to us often face an uphill battle. But the consolation is that the new knowledge can be of great use if used correctly.

“More areas could become worthy of protective measures if we take species that we have little data on into account,” says Borgelt.

For example, so-called biodiversity “hotspots” – areas particularly in need of being protected – could thereby become both more numerous and considered even more important.

The results can also be of help to IUCN, as well as when they arrive at their results themselves.

“We find that the probability of extinction across species groups and regions varies a lot. This could indicate that some research that’s based on the risk assessments is not always correct,” says Verones.

Humans Have Caused the Extinction of Many Bird Species Over the Last 50,000 Years