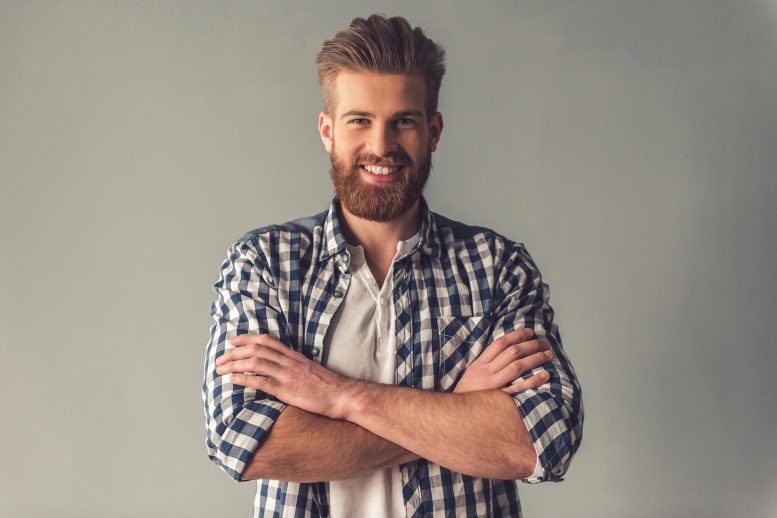 As World Beard Day (September 3) comes around again, and the planet gets ready to celebrate fabulous facial hair, here are a few things that scientists have discovered about beards. 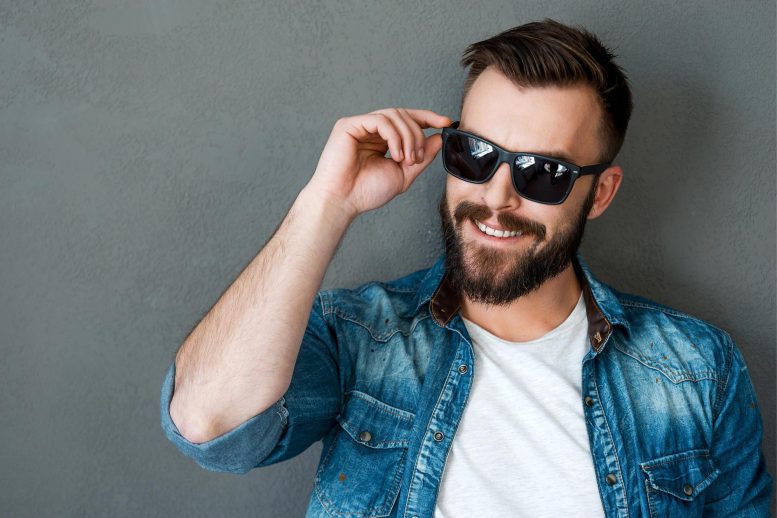 Multiple studies[1] have[2] found[3] that men look more masculine, dominant, aggressive, and strong when they wear a beard. Indeed, men also report feeling[4] more masculine when they have facial hair.

Research has also shown that men who choose to be bearded[5] tend to have higher testosterone levels than those who choose to be clean-shaven, and they are more likely to be hostile sexists,[6] in other words, to favor the patriarchy and male dominance, and to think that women belong in the kitchen. These men may be using beards (and muscles) to reinforce gender roles. Beards may be used to intimidate rivals

In his 1970s book, “Evolution of human threat display organs,” Professor R. D. Guthrie theorized that beards could be used to intimidate male rivals by increasing perceptions of the size of the jaw and enhancing aggressive and threatening jaw-thrusting behaviors. Additionally, research has revealed that people can recognize expressions of anger faster[7] on a bearded face than on a clean-shaven face, but are slower to recognize expressions like happiness or sadness.

The knowledge that beards serve as a signal of formidability may help to explain why men like a beard on themselves, but not on other men.[8] They need not worry. Although some researchers[9] have suggested that beards evolved to protect a man’s face by absorbing and dispersing the force of any blows he might get on the chin, others[10] have found that bearded men are no more likely to win a fight than their clean-shaven peers. Beards often make men look older, more mature,[11] of higher social status,[12] and more credible.[13] This can be especially useful for job-seeking men who look young for their age.[14] In fact, while past research[15] has found that men with beards are less likely to be offered a job than their clean-shaven counterparts, times change, and more recent research[16] shows that men with beards are perceived as having more expertise than clean-shaven men and, as such, are more likely to be invited to a job interview.

Beards are especially useful to those working in advice-giving roles. In 2020, assistant professor of marketing Dr. Sarah Mittal was inspired to look into[17] beards by her husband, the boyish-faced co-owner of an IT company who didn’t think that his clients took him seriously without whiskers. In one experiment, she and her marketing colleague, David Silvera, asked 127 people to imagine that they were shopping for a tablet or laptop. Each person was shown a randomly selected image of a “salesman” with one of four types of facial hair — clean-shaven, a standard mustache, a handlebar mustache, or a full beard — and asked to rate the man’s expertise and trustworthiness. The bearded version was always rated the best: 11.6% higher for trustworthiness than the clean-shaven version, and 10.6% higher for expertise.

In another experiment, the researchers placed a Facebook ad for a real business and used a photo of either a bearded or a clean-shaven sales representative. The bearded representative produced a much higher click-through rate — 2.66% — than the clean-shaven version. Higher, indeed, than the industry averages of about 1.04% (technology) and 0.71% (industrial services). The study also revealed that customers view bearded salesmen as being more expert and trustworthy than their stubbled, mustached, or clean-shaven counterparts, regardless of the salesman’s age, race, ethnicity, attractiveness, or likability. Beards not only cover the signs of aging, but they also slow down the aging process in the skin by protecting the wearer from the sun.[18] As well as protecting men from wrinkles, age spots, and shaving-induced acne, beards can hide the signs of disease[19] and enhance the sex appeal of men with small, weak-looking jaws.[20]

Like most of our optional accessories, facial hair goes in and out of fashion. Although beards may have been incredibly unpopular[21] in the past, they are much more well-liked now. However, research on whether women find bearded men attractive is mixed. Some studies[22] suggest[11] that women find a face displaying the ability to grow facial hair more attractive than a face with a full beard, but that men with full beards are preferred for long-term relationships.[23] Some research[24] finds that women prefer men whose beardedness matches that of their fathers (and that homosexual men prefer men whose beardedness matches their own). In the end, what is appealing to one person is not to another.[25]

Population trends in facial hair have been shown to increase when there are more single men than single women, suggesting that beards are being used to display masculinity[26] to prospective mates. Some people[28] also believe that the recent rise in beardedness may be due to the tough financial conditions: men seeking to attract mates in today’s harsh economy may be dialing their masculinity up to 11. However, research[27] has also found that the more beards there are, the less attractive they become. The scientific term for this is “negative frequency-dependent sexual selection,” which, simply put, means that we tend to prefer mates who are rare or unique because they are thought to have a genetic advantage. In a society that has reached peak beard, one more man with facial hair is nothing to write home about. Beards are not popular with young children

Although research has revealed that people think that men with full beards look trustworthy[29] and good,[30] and that women think that they would make better fathers[22] than clean-shaven men, especially when they have children of their own,[31] children as young as 21 months seem to think that men with beards look strong but very unattractive,[32] and their dislike only grows stronger with age. However, around the age of puberty, their views changed and they start to like them more. Personal experience counts, too: children with bearded fathers generally judge facial hair more positively.

Still, to a child, a man with a beard is not to be trusted. Further research has shown that kids are more likely to pick a bearded man to help them with feats of strength, like fighting a dragon,[33] but prefer a clean-shaven ally when they need someone reliable to help them hide a treasure map. Beards are good for your health

A well-groomed beard can provide a man with several health benefits. For a start, beards can fight allergies.[34] They also keep the wearer warm. So efficiently, in fact, that there is a theory[35] that male pattern baldness has developed among humans in an attempt to compensate for the growth of a beard by promoting heat loss through the scalp.

That said, beards tend to have a bad rep when it comes to cleanliness. According to one small 2019 study,[36] you can find more germs in a beard than in a dog’s fur. It pays to remember, however, that the vast majority of bacteria are not harmful, and quite a few are actually beneficial. In fact, research has found that beard bacteria could be developed into antibiotics,[37] something that would actually be very handy since our current stock is rapidly becoming ineffective.

Additionally, research[38] has also found that clean-shaven men are more than 10 percent more likely to be harboring colonies of Staphylococcus aureus — a bacterium that causes skin infections, respiratory infections, and food poisoning — on their faces than their whiskered counterparts, and more than three times as likely to be carrying MRSA around on their freshly shaven cheeks.

A recent survey[39] of 919 women found that those who were repulsed by creatures like lice and fleas were less likely to find bearded men attractive. Interestingly, however, those who were worried about picking up harmful bacteria or viruses were more likely to find bearded men attractive. The researchers surmised that facial hair was either being used as a marker of health by those women or that it covered up the areas of the face that could communicate ill health.

According to U.S. psychologist Robert Pellegrini, “Inside every clean-shaven man, there is a beard screaming to be let out.”[1] Those men who choose to listen to their inner beard can definitely look forward to a feeling of enhanced masculinity and fewer facial bacteria.

10 Comments on "The Science of Beards"