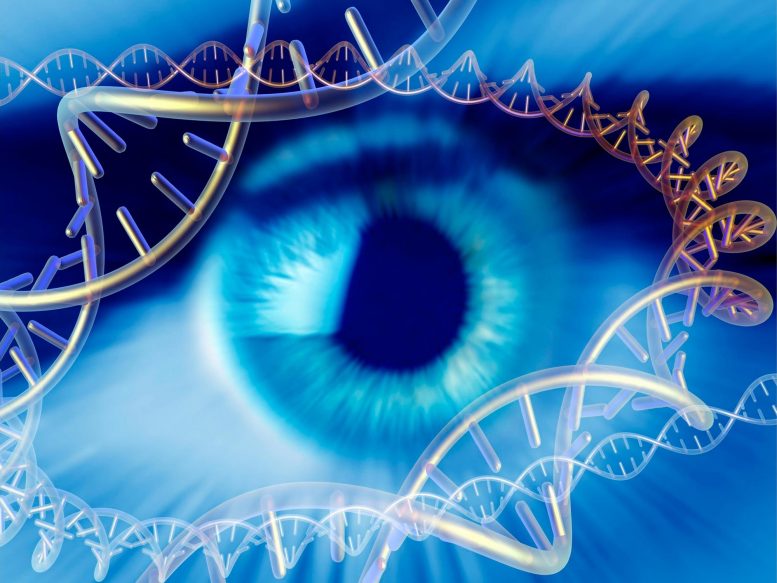 The study found that when comparing individuals with and without eye issues, those with sight issues had a 44 percent higher chance of dementia and a 41 percent higher risk of cognitive impairment.

According to recent research, dementia risk in older persons may be increased by vision issues.

According to a recent systematic review and meta-analysis of 16 studies comprising 76,373 individuals, older adults with untreated eyesight problems may have a higher chance of developing dementia.

The study’s findings, which were reported in the peer-reviewed journal Aging and Mental Health, demonstrate the need for more research to determine how addressing older persons’ vision issues, such as with glasses or cataract surgery, might prevent cognitive issues and dementia.

“This study is among the first to evaluate the association between sight problems and cognitive outcomes in older adults through a comprehensive examination of all available population-based studies in English. Our findings add to the growing evidence that fading eyesight is a risk factor for developing dementia,” said lead author, Associate Professor Beibei Xu, from the Medical Informatics Center, at Peking University. “Although the reasons behind this remain unclear, it suggests that diagnosing and treating eye conditions may be beneficial – both to improve a person’s quality of life and also to potentially slow down or stop memory loss.”

In the UK, there are thought to be up to a million individuals with dementia, and as the population ages, this number is expected to rise. This number is anticipated to increase to 1.6 million by 2050. Dementia is also projected to cost $56 billion in 2050 compared to £30 billion currently.

People’s lives are severely affected by the condition. As the disease develops, individuals will have more memory loss as well as personality and behavioral changes. They will eventually be totally reliant on others to take care of them.

The researchers included 16 studies including 76,373 participants, with five cross-sectional studies and 11 longitudinal studies published before April 2020. From these studies, the authors examined the relationship between visual impairment and cognitive outcomes in older adults. They found that:

“Finding ways to prevent or delay the onset of dementia could help reduce its devastating impact on the lives of affected individuals and their families, especially in light of the growing burden of the disease. Identifying modifiable risk factors is the first critical step for developing effective interventions to achieve this goal,” says Beibei Xu. “Our new results highlight the importance of regular eye examinations for older adults – enabling any potential problems with their vision to be spotted and treated early. They also suggest that any self-reported changes to a person’s eyesight should not be ignored.”

The authors recommend future research is now warranted to examine the effectiveness of treating sight problems in older people to prevent cognitive impairment and dementia.

The study was funded by the National Natural Science Foundation of China and Peking University Medicine Seed Fund for Interdisciplinary Research.