A perplexing feature of numbers first stumbled upon by German mathematician Ernst Kummer has confounded researchers for the past 175 years. At one point in the 1950s, this quirky feature of number theory was thought to have been wrong, but then, decades later, mathematicians found hints that it was in fact true. Now, after several twists and turns, two Caltech mathematicians have at last found proof that Kummer was right all along.

“We had several ‘aha’ moments, but then you have to roll up your sleeves and figure this out,” explains Alexander (Alex) Dunn, a postdoc at Caltech and the Olga Taussky and John Todd Instructor in Mathematics, who wrote the proof with his advisor, Professor of mathematics Maksym Radziwill, and posted it online in September 2021.

The math problem has to do with Gauss sums, which are named after the 18th-century prolific mathematician Carl Friedrich Gauss. When Gauss was young, he amazed his classmates by quickly developing a formula for adding up the numbers 1 to 100. Gauss later developed a complex concept known as Gauss sums, which readily map the distribution of solutions to equations. He looked at the distribution of what are called square Gauss sums for nontrivial prime numbers (primes that have a remainder of 1 when you divide by 3) and found a “beautiful structure,” according to Radziwill. This summing activity involves a type of math known as modular arithmetic. An easy way to understand modular arithmetic is to think of a clock and its face divided into 12 hours. When noon or midnight rolls around, the numbers are reset and go back to 1. This “modulo 12” system simplifies timekeeping, since we do not have to keep counting up hours forever.

In the case of Gauss sums, the same idea is at play but the base “clock face” is divided up into p hours, where p is a prime number. “Modulo p math is a way of stripping out information and making impossibly complicated equations simpler,” Radziwill says.

In the 19th century, Kummer was interested in looking at the distribution of cubic Gauss sums for nontrivial primes, or in a modulo p system. He did this by hand for the first 45 nontrivial primes, and plotted the answers one by one on a number line (to do this, he had to normalize the answers first so that they fell between -1 and 1). The result was unexpected: the solutions were not random but tended to cluster toward the positive end of the line.

“When dealing with the distribution of natural objects in number theory, the naive expectation is that one has an equal distribution, and if not, there should be a very convincing reason,” Dunn says. “That is why it was so shocking that Kummer claimed that this wasn’t the case for cubes.” 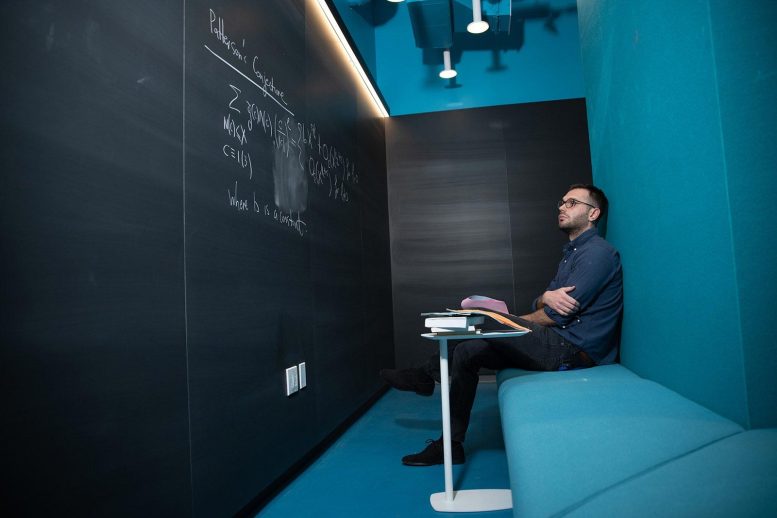 Later, in the 1950s, researchers led by the late Hedvig Selberg of the Institute for Advanced Study used a computer to calculate the cubic Gauss sums for all the nontrivial primes less than 10,000 (about 500 primes). When the solutions were plotted on the number line, the bias seen by Kummer disappeared. The solutions seemed to have a random distribution.

Then came mathematician Samuel Patterson who proposed a solution to the mix-up in 1978, now referred to as Patterson’s conjecture. Patterson, who was a graduate student at the University of Cambridge at the time, recognized that the bias in the distribution of the solutions could be overwhelmed as the sample size gets bigger and bigger. That meant Kummer was right—something funny was going on with his sums for 45 primes. But proving why this is the case would have to wait until last year when Dunn and Radziwill finally figured it out.

“The bias seen with a few numbers is like having a physically impossible coin that is slightly weighted toward heads, but becomes less and less so the more often you flip it,” Radziwill explains.

The two Caltech researchers decided to work together to try to crack the problem of Patterson’s conjecture about two years ago. They had not spent much time together on campus due to the pandemic, but they bumped into each other in a parking lot in Pasadena and got to talking. They decided to meet in parks to work on the problem, where they would jot down their mathematical proofs on sheets of paper.

“I had just come to Caltech and didn’t know many people,” Dunn says. “So it was really great to run into Maks and be able to work together on the problem in person.”

Their solution was based on work by Roger Heath-Brown of the University of Oxford, who had seen a talk by Patterson at the University of Cambridge in the late 1970s. Heath-Brown and Patterson teamed up to work on the problem, and then, in 2000, Heath-Brown developed a tool known as a cubic large sieve to help prove Patterson’s conjecture. He got close but the complete solution remained out of reach.

Dunn and Radziwill cracked the problem when they realized that the sieve wasn’t working properly, or had a “barrier” that they were able to remove.

“We were able to recalibrate our approach. In math, you can get trapped into a certain line of thinking, and we were able to escape this,” Dunn says. “I remember when I had one of the ‘aha’ moments, I was so excited that I ran to find Maks at the Red Door [a café at Caltech] and asked him to come to my office. Then we began the hard work of figuring this all out.”