The James Webb Space Telescope is a space observatory to see further into the Universe than ever before. In July 2022 it became fully operational for science and released its first full-color images and spectroscopic data. Credit: ESA/ATG medialab

In 2022, we helped humanity take a major step toward a permanent presence in deep space …

We captured new awe-inspiring views of the universe …

Here’s a look back at those and other things we did this year at NASA.

In 2022, NASA launched their mega Moon rocket for the first time – sending the uncrewed Orion spacecraft around the Moon, they kicked off a new era in astronomy with record-breaking new imagery from the Webb Space Telescope, they moved an asteroid in humanity’s first-ever planetary defense demonstration and much more. Here’s a look back at those and other things they did, this year @NASA! “And liftoff of Artemis I …” — Launch commentator

One of the biggest NASA moments of 2022 was the historic launch of our Artemis I flight test around the Moon. About 26 days later, we celebrated the mission’s return to Earth …

“Splashdown! The latest chapter of NASA’s journey to the Moon comes to a close!” — Mission Commentary

We also asked companies for proposals to develop and demonstrate astronaut Moon landers that can provide Moon landing services beyond the Artemis III mission.

*NASA Identifies Candidate Regions for Landing Next Americans on Moon

And we identified 13 candidate landing regions near the South Pole of the Moon, each with multiple potential landing sites for Artemis III.

Solar System and Beyond

We released the Webb Space Telescope’s first full-color images and spectroscopic data, showcasing Webb’s ability to capture crisp, new views of our solar system and beyond.

We successfully demonstrated the first-ever planetary defense test – crashing a spacecraft into a moving asteroid, altering that asteroid’s path of travel.

And we helped establish the location for a “drop off spot” on Mars where rock and soil samples can be retrieved by a future mission and returned to Earth for study. NASA astronaut and Expedition 68 Flight Engineer Frank Rubio is pictured during a spacewalk tethered to the International Space Station’s starboard truss structure. Behind Rubio, the last rays of an orbital sunset penetrate Earth’s thin atmosphere as the space station flew 258 miles above the African nation of Algeria. Credit: NASA

2022 was the 22nd continuous year with humans aboard the International Space Station. Congress passed a new law extending NASA’s work on the station through at least September 2030. *CAPSTONE Arrives to Orbit at the Moon

Our space technology activities in 2022 included our CAPSTONE spacecraft’s arrival at the Moon to “test drive” the same unique orbit that the Gateway lunar outpost will fly.

We successfully demonstrated an inflatable heat shield that could help land heavier payloads on worlds with atmospheres, including Mars, and Earth. EMIT observes Earth from outside the International Space Station. EMIT data is delivered to the NASA Land Processes Distributed Active Archive Center (DAAC) for use by other researchers and the public. Credit: NASA/JPL-Caltech

Work and missions that focused on Earth this past year include a new space station instrument that studies how atmospheric mineral dust affects the planet’s temperature.

We also released the first Earth Information Center concept to provide the information, resources, and tools decision-makers need to respond to climate change.

And we helped celebrate the Landsat program’s 50 years of imaging Earth. The program has captured over 10 million images since it began. 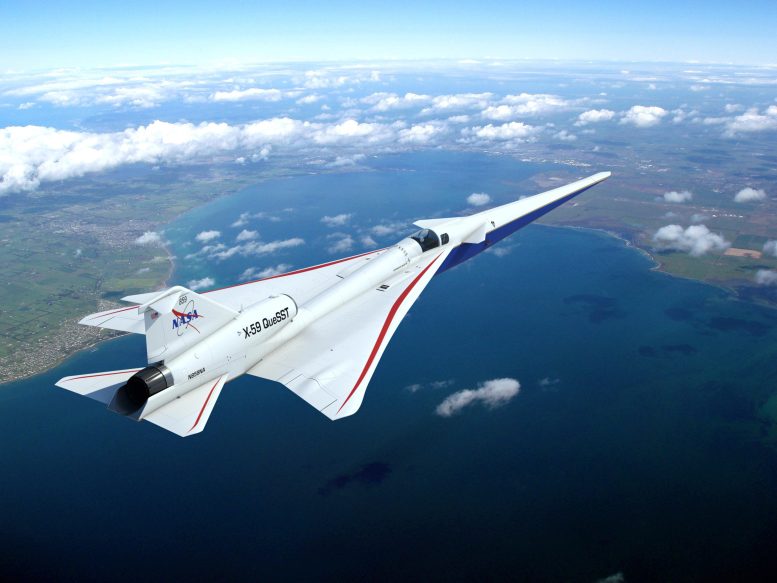 On the aeronautics research front, our quiet supersonic X-59 aircraft was outfitted with the engine that will power it to speeds up to Mach 1-point-4.

*X-57 Maxwell Aircraft Gets Powered Up

And we continued partnerships to develop a system to safely transport people and cargo using revolutionary new aircraft that are only just now becoming possible. NASA STEM-related activities in 2022 included the Lunabotics Junior Contest, which featured our Artemis missions. We announced the two national winners of the competition.

And we continued sharing knowledge about NASA missions and activities through a variety of Spanish-language social media accounts and websites in 2022. The 60th anniversary of John F. Kennedy’s historic speech at Rice University was one of the most notable NASA-related anniversaries. The speech recommitted the nation to the goal of landing astronauts on the Moon and returning them safely to Earth.

“President Kennedy knew that vision would be hard – not easy. And today, in “Space City,” the “Artemis Generation” stands ready. Ready to return humanity to the Moon and then to take us further than ever before – to Mars.” — Bill Nelson, NASA Administrator

Year in and year out, the work we do that extends our reach into the cosmos, results in breakthrough discoveries, and turns science fiction into science fact is “work done” to benefit you!

Those are some of the NASA activities from 2022. For more details, visit nasa.gov/2022. Thanks for watching. Please have a safe, healthy, and happy holiday season, and we look forward to sharing more NASA highlights with you in 2023!